Let’s face it, many kids now a days are mean. Plain ol’ mean! Bullying is progressing to be worse than ever before, and I’m sure many of you can agree with me on that. But who’s to blame.. the kids, the parents, or both?

The question most of us ask are; why and how are kids now a days becoming bullies? Does it start from the household or are they influenced by their friends?

It’s a known fact that kids pick up after their piers. I mean, they do look up to us and their siblings, right? As parents, we are the ones raising them, teaching them, guiding them, etc. So, when a child becomes a bully; I do believe (for the most part) that the parent(s), peers, and the child are to blame. Now, I know there are cases out there where the parents do their best in raising their children to not become mean, and they still are; picking up bad habits from their friends. But, if you notice behavior at home that you know is NOT coming from your home, then you need to nip it in the butt right away.  If kids are not taught in the household from the get go how to have respect, not say certain words, do certain things, etc. they think it’s their “normal” and that’s when it all starts…

Some might not agree with me on this, but if I were to curse in my home all the time.. say this person is ugly.. this person is fat… this person is this, that, and the other… well your children hear all of what we are saying and eventually will start thinking that it’s OK to say what you’re saying because at the end of the day.. “my mom/dad/sister/brother said it”. Even if we are joking around to other adults, and they still hear it.. to them they don’t know any better. They don’t know what’s wrong or right. They only know what they hear and are taught. So I believe if we start teaching kids at a young age, we (as parents) are teaching and raising them to know the difference between what’s wrong and right when it comes to behavior.

So, with that said, I wanted to share with you all some ways that I teach and raise my kids, who are now 8 and 6 years old.

My husband and I put a halt on certain words in our household. Those that I mentioned above are not necessarily curse words, but those worse are mean in my opinion. So we don’t like our kids saying them. They know of the word and what it means, but we ask them not to use or say those words because those are words that can be hurtful. For example, the word “fat” and “ugly”… if I normalized those words around the house, that would make it ok for my kids to say those word. And it’s NOT ok! Those aren’t words that I want them to say about theirselves (if they ever felt that way), those aren’t words I want them to call me or my family, and it’s definitely not a word I want them to say to other people or their friends (even if they’re joking)!

When it comes to the word “hate”, you’re probably wondering why I ask my kids not to use that word. Well, I believe “hate” is a strong word. It’s very powerful. When I hear kids saying “I hate this”… “I hate that”… “I hate him/her”, I ask them to ask theirselves if they really do hate it or them, or if they just don’t like it right now (which is almost always the case). I try to teach my kids the difference between the 2 words because MOST of the time they don’t know the difference between the two. For example, if they are trying a new food, their first reaction if they don’t like it is… “ugh, I hate it”! I explain to them that it’s best that they say “I don’t like it” because in the future, they may try it again and like it; and if that time comes and they don’t.. well then that term “hate” has it’s meaning. You will notice this as your children become older. They may not like something as they are young, but as they get older they will want to try it again and may like it… or may not. I will say though, that if you are raising your children to use the word “hate” properly, then YOU also must use the word properly.

2. Teach them to use their manners and respect others

I think many kids this day in age forget about their manners or aren’t even being taught to use them anymore. I’m not saying you need to raise your children to say “yes/no sir” or “yes/no ma’m” unless you choose too, but using the proper “thank you”, “you’re welcome” etc., will help them be respectful towards others, and when they respect others they will want others to respect them back.

Talk to your kids about bullying. Teach them what is it. We have to remember as parents, that sometimes kids don’t know what bullying is. They don’t know their right from wrong. So it’s OUR responsibility to teach them. For example, if they are making fun of someone.. whether it’s a kid or even an adult, tell them that what they are doing (even if the other person is laughing) is wrong and can be hurtful. See the problem is that when the kid(s) see that other person laughing, they automatically think it’s ok because well… they are laughing, but in reality it can really hurt that person inside. Which is why I feel like it’s important to stop it right away when you hear something you don’t like, or that could possibly hurt the other person.

Another thing that I feel is important to talk about is explaining to your child how not all people look alike. Some have different appearances or some have disabilities. Explain to them what you are talking about, BUT reassure them that they are normal people with the same feelings, just like you and I. Teaching them this, will give them a different look at it, and normalizing it that even though people may look different, they are still just like you and I.  I’ve always raised my kids to know that people may not look just like them, but they are just like them with their own uniqueness.

4. Teach them to love

Teaching kids to love than to hate is how this world will change. Our kids are our future. When we teach our children to be respectful, be friendly, be helpful, be nice, be kind that is teaching our kids love. They will make better decisions in life, knowing how they treat other people… they will most likely want the same kindness in return.

5. Always have an interest in your child and their friends

Having interest in your child is VERY IMPORTANT. When you ask questions….listen. When they need to vent.. listen. They get a sense of comfort that you are actually listening and giving advice. But that can all change if you pass judgement on them. Kids will be open to discuss anything with you, but as parents we know certain things will get to us right? As I’ve said many times before, our kids are learning day by day. Sometimes they don’t know right from wrong. We are here to help them and to guide them in the best way possible. But, we cannot control them. They are their own person, whether we like it or not. The minute we pass judgement or lose our minds because of something they said or have done. They will know not to come to us anymore. And no… I’m not saying that if they’ve done something bad we are just to sit there and listen… you have to teach them that if they make the wrong decision, they will pay the consequence.

One thing that I like doing is always having that open and NON JUDGEMENTAL communication between me and my daughters. Every day after school, I ask them how school went. Most days are just “good” and then she’ll discuss what they did that day. Then there are times where Melia will vent about her friends. Avery isn’t really there yet, but I’m sure she will be soon. Melia will tell me that sometimes their mean to her or mean to other people or say things to other kids, and that they’ll gossip (typical girls stuff). So when she vents to me about her friends…. I listen. When she’s done venting or explaining what happened, this is where it’s my turn and I give my advice. I DON’T EVER yell or scream when she wants to have an open discussion with me. I talk to her in my normal voice, and give my best advice to her. For example, in this case where she talked about her friends being mean to another girl… I didn’t tell her she needed to stop hanging out with those girls. In reality,  I can’t control who she hangs out with at school, BUT I can talk to her and tell her that what they are doing isn’t nice and that’s bullying. I will tell her that I’m not going to say she needs to stop hanging out with them because that’s her choice, but if she gets caught up in what they are doing or she starts behaving how they do (knowing that we don’t do or say mean things in our household) she will have consequences (which she knows that isn’t good). If your kids don’t know what consequences are, then explain it to them. I will also give her advice (because she may not know what to do in situations like this) that if she notices them doing or saying things, she needs to remove herself out of that situation, so she isn’t part of what they are doing. Since we’ve had an OPEN COMMUNICATION about that, she has since told me that whenever they are doing something she doesn’t like, she now removes herself from that situation. Then towards the end of the school year (last school year), she barely even hung out with them anymore, and found new friends…

6. Talk about positive aspects of their behavior

When you notice good behavior, acknowledge it, and tell them! When kids hear from their parents that they are doing something good, they tend to do good more and more.  If you see them opening up the door or keeping the door open for people, tell them that you appreciate them doing that and that was very kind of them. Same goes with doing something nice to their friend… or sibling. I’m almost 99% sure that when you acknowledge their good behavior, they will have smile on their face!

Building a foundation of trust raises an honest person. When you trust in your children, you are hoping they make all the right decisions. But, let me make it very clear; they WILL NOT ALWAYS MAKE THE RIGHT DECISION. And, when they don’t, it’s your job to still trust them. To hope that if that scenario comes up again, they will then make the right decision and can tell you that they did. 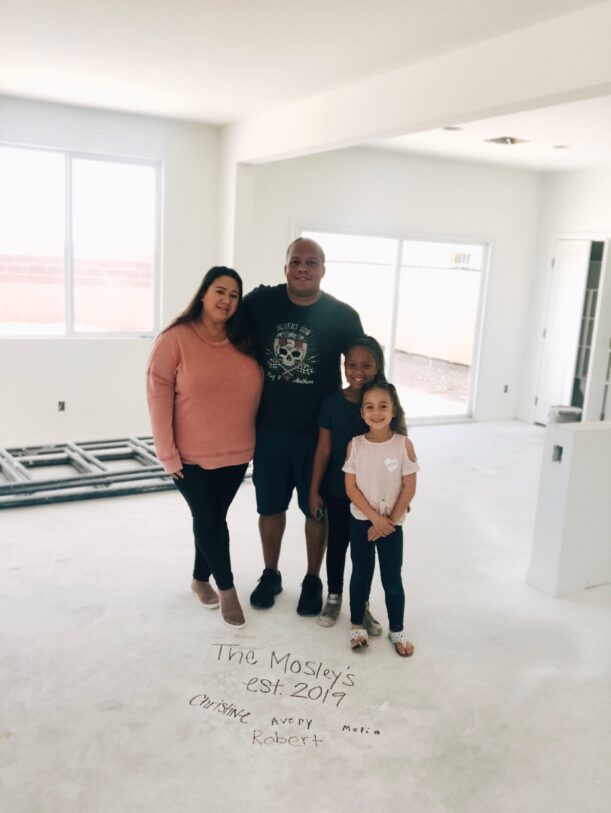 Words WE Avoid In Our House 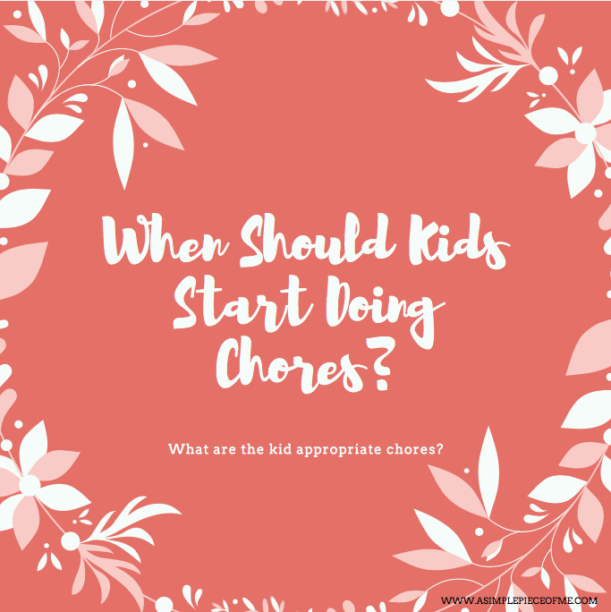 To Do Chores OR Not To Do Chores? | At What Age Should Your Kids Start Doing Them? 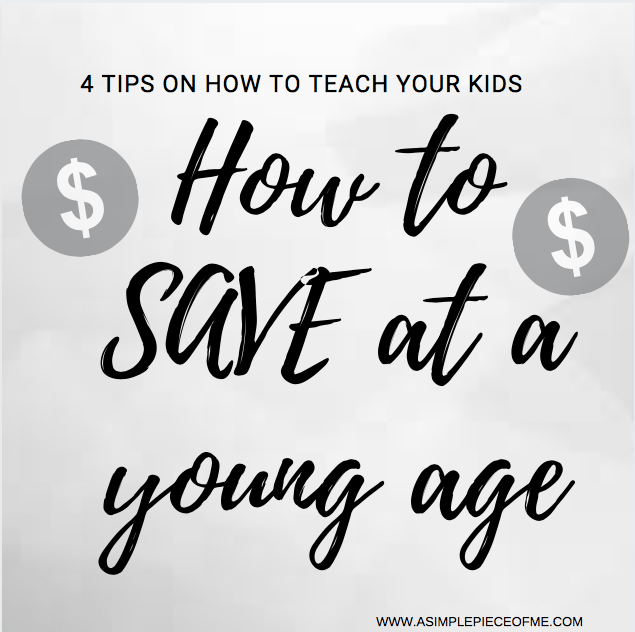 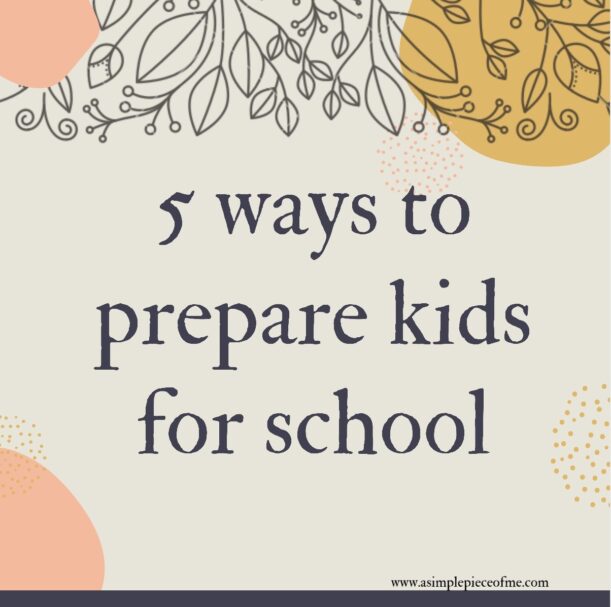 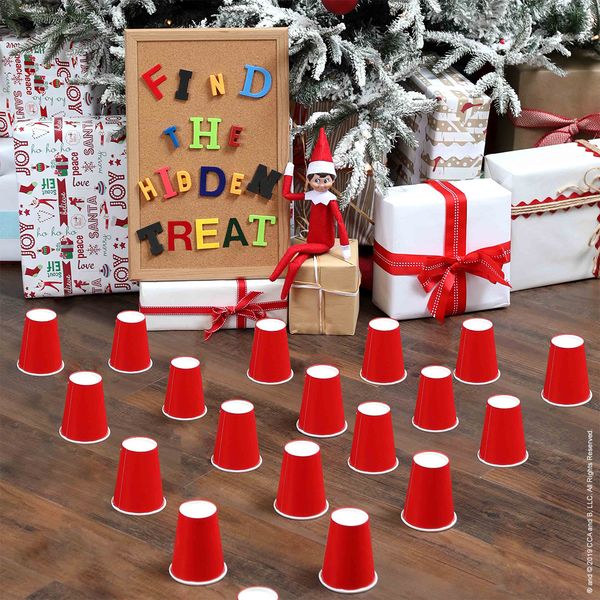 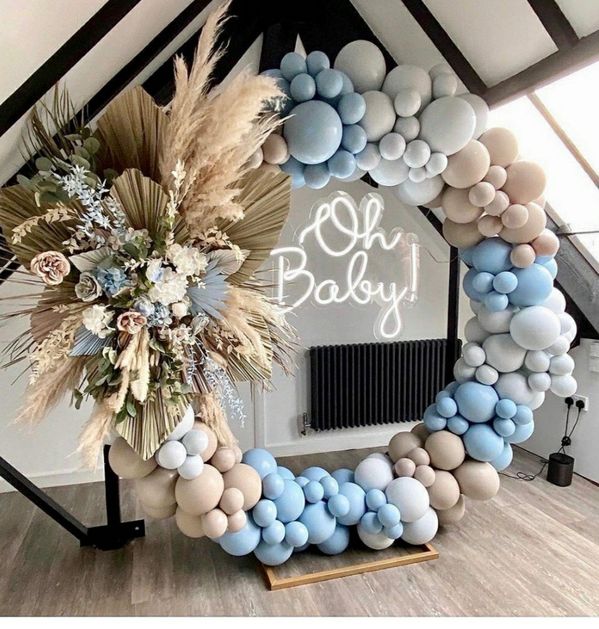 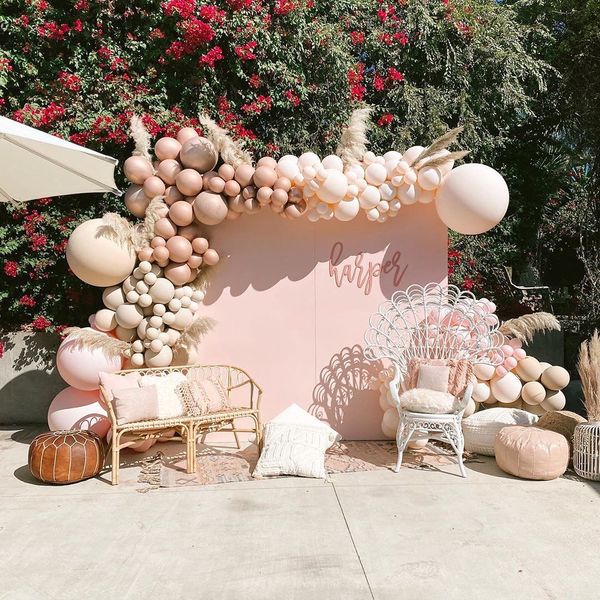 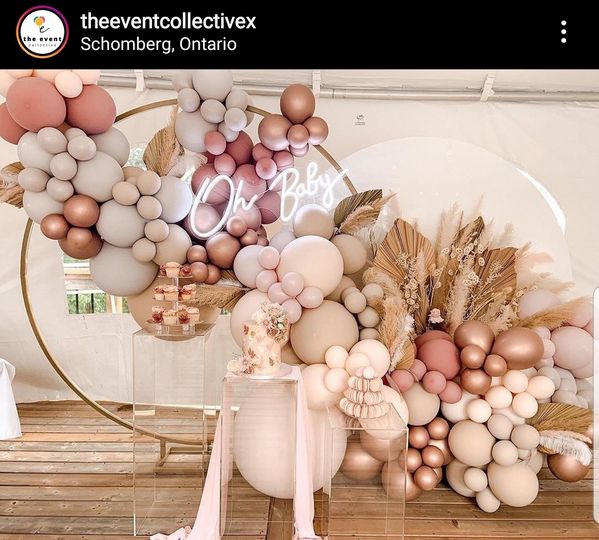 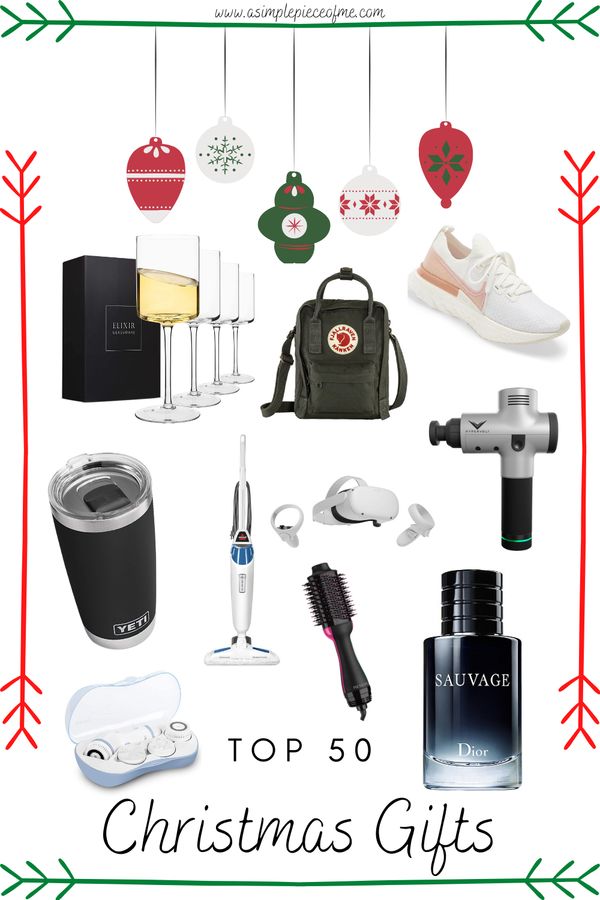 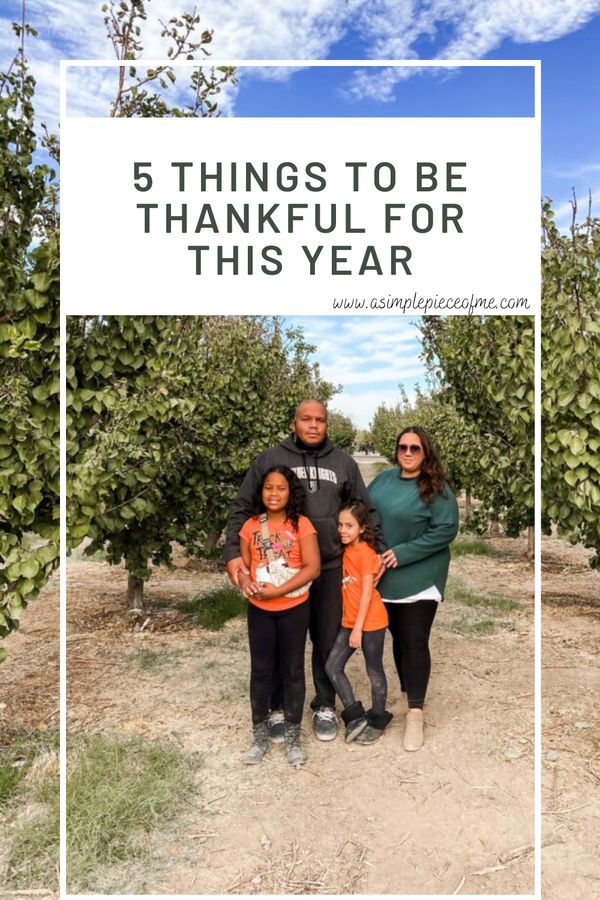 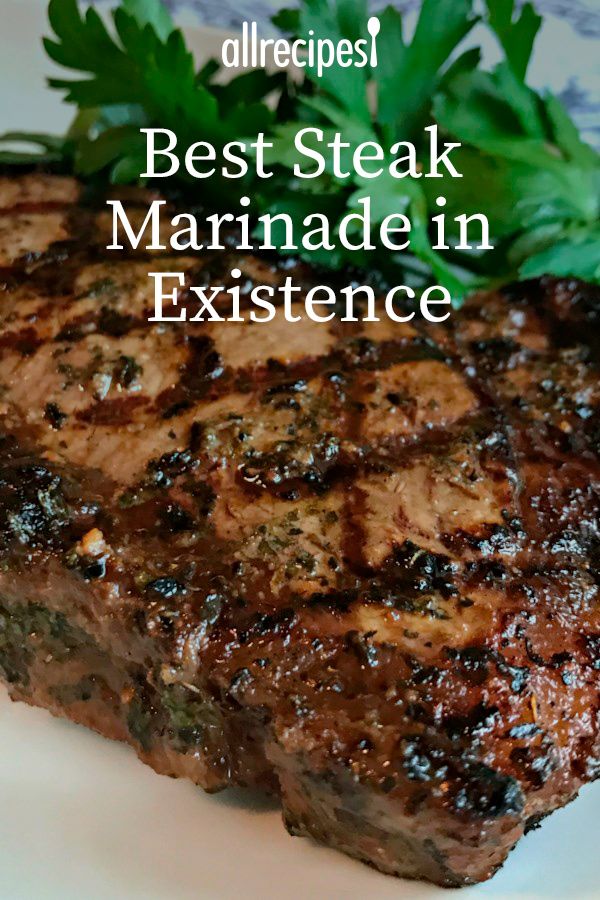 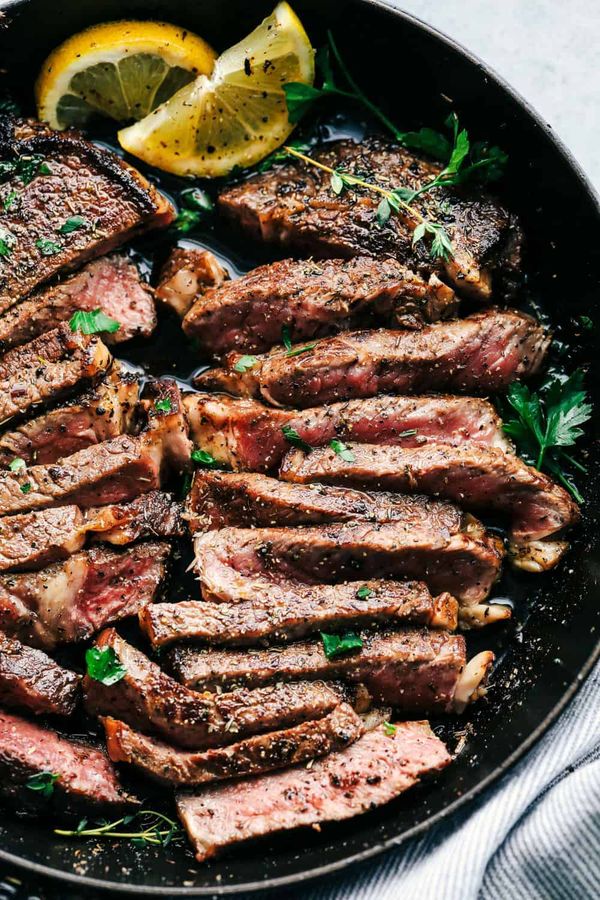