Ok guys… seriously a post that I thought I would never be writing, but I know I’m not the only one who had to deal with mice!!!

Let me be the first to say.. I knew nothing about mice.. other than they get fed to snakes.. and well let me be honest.. some are cute. But now ask me about mice… and all you will see are my eyes rolling to the back of my head! They have given us such a big head ache over the last 2 months, and FINALLY we have gotten rid of those suckers… without having to pay a fortune to hire an exterminator.

So let me first explain how we ended up getting these rodents to begin with because we haven’t had to deal with them until just this summer. Many of you know we all bought our home December of last year and is a new build. We have no neighbors next to us just yet, however, the superintendent of all the construction workers here had their trailer/office right next to our home. Which is where these lovely mice nested at. In August, they moved the trailer to another part of the community because they are soon releasing the lots to soon build there. Well, ever since they moved the trailer, they needed a new home.. and apparently mice don’t like to travel more than 10ft away from their “home”. So…… what happened to be about 10 feet or less from their home…. OUR HOME!

My husband first noticed the mice when he was working on his quad late at night, outside with the garage door wide opened. He made sure that the mouse left out of the garage before closing it. He really didn’t think anything of it afterwards. We just thought that since he was working outside, that’s how it got in.

Well then a few days later, he came back into the garage and noticed that we had mice droppings on our storage bins!! I didn’t know these turds can shit so much! LOL So obviously, we had to CLEAN EVERYTHING!! Then noticed that they even started to eat through some of our storage bins and even started to create a nest under the storage rack with napkins that we had in one of the bags; that we normally use for camping.

So we new then that they were coming in from somewhere else. Well that somewhere else ended up being our garage door. We noticed that when we closed the garage door, that we could see a lot of light come through on the sides. Bobby then went to The Home Depot and purchased this foam sealant and sealed the sides. We also purchased these mouse glue traps which BTW works wonders!

Surprise dead mice and more mice droppings! You can imagine my frustration at this point. We once again had to clean everything and pull the racks away from the walls to make sure they were eating through our walls… which thankfully they didn’t. But, while we were cleaning everything.. low and behold we see a mouse!! We did catch it and did get rid of it, but that just meant that the foam sealant wasn’t quite working….

At this point you are probably wondering why on earth did we not call an exterminator. Well I did. When we were moving everything out of the garage in 110 degree weather, I was too dang frustrated that I started calling exterminators, and this is what they all told me they would do;

and the charge for this was $200 per month. Yes… that’s right $200 PER MONTH! That’s $200 for pretty much exactly what we are doing besides placing poison bait outside. So at this point back to The Home Depot we went and back to purchasing more glue traps, more sealant, poison bait stations, and this time we also purchased this weather stripping to apply along side of the garage to make it completely insulated.

We also applied more sealant since we only put a little, because we did not know that mice can climb and get through the smallest of cracks! We also took our backyard camera and placed it inside the garage just to make sure no more were coming in! THE GAME WAS ON and this time we were coming out winning. But did we?

NOPE… around 11pm at night the alarm went off on the camera inside the garage and the son of a bitch mice went up to the camera… looking at us! And what did we see the mice no longer coming from the side of the garage but entering through the cement crack and eating it’s way through the garage weather sealant!!!!

So after applying more sealant to the cement crack and to the garage seal.. we wanted to see if it was still about to get out. Throughout the night, it was trying escape but couldn’t. We finally had hope that what we did was all finally working.

What we decided to do was place more traps out and not open the garage and make sure that no more mice were able to come inside, and hopefully be able to catch the mice that was trapped inside the garage somewhere. And you will never believe it… 3 baby mice caught on glue traps!!! OMG NOOOOO! That just meant that the mice that was stuck in there or could have been one of the other mice… had babies somewhere in our garage or may have even followed the mice into the garage!

So the next day came… and it was game time. We knew from the camera footage that the mice couldn’t escape out anywhere and the 3 baby mice were gone, so we knew there was at least one left in the garage…..

Once again… moved all the racks away from the walls one by one to make sure it wasn’t anywhere there. Cleaned it down, along with the storage bins, and moved onto the next. As the time went on, we were down to the last part of the garage and still no mouse found. You’ll never hear me say this but we wanted to find the mice, because that would really confirm to us that all that we did to seal the garage door really worked. Then down to the last storage box, our Halloween bin. A bin that we never checked, but noticed that it had a crack in, but thought that the crack was so small that we didn’t think any mice were in. Well low and behold, Bobby opened the lid and jumped a mice! I never saw my husband jump so fast in my life and I never screamed louder than I did that day! After chasing it around the garage and making sure it did go under a storage rack, we finally caught the last mice!!!!! Oh and don’t worry we didn’t even go through the Halloween bin… we taped it down and chucked it… along with our 2 Christmas trees because those were still stored in the box and barely taped down. Even though my husband went through one of the tree outside the garage to make sure no mice were inside, we just decided to get rid of it.. in case any went in there and peed or pooped! YUCK!

So there you have it. After over a month dealing with mice, we have finally gotten rid of them, and are no longer dealing with them. Thank goodness! So, once again here are the things we used and a quick guide of what we did. Also a few tips! I hope these help.

What to do if you have mice? 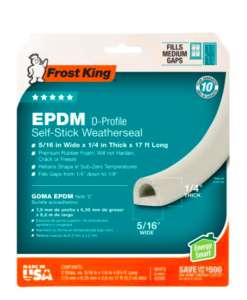 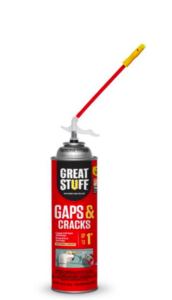 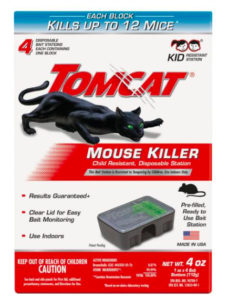 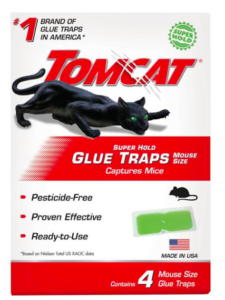 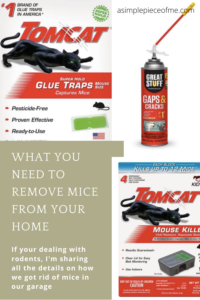